After-tax Spending: Total for the couple or individual entry for client and spouse

Snap will allocate the spending between spouses each year based on their individual resources.

The $100,000 of combined After-tax Spending in this example is split between the spouses as shown below.  You can see that each year the allocated amount is recalculated and there is a varied amount of spending for all years.  Snap will allocate spending each year to attempt to avoid having one spouse deplete their assets before the other. 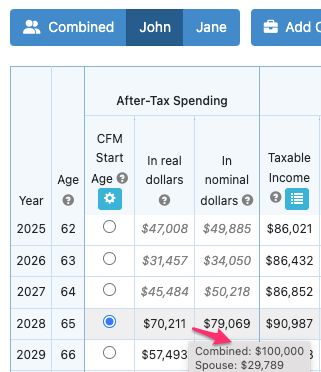 By hovering your mouse pointer over the amount under the After-Tax Spending column, you can see the total combined spending and the other spouse's spending amounts displayed on a year-by-year basis. 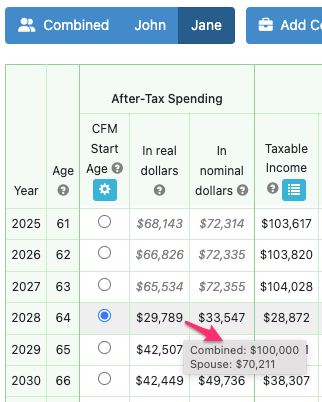 Enter Individual Spending for each spouse

Snap lets you manually enter the After-tax Spending for each client and spouse if the situation arises.  First, you must change the Advanced Settings to allow for entering individual spending amounts.

In the Client and Spouse's Planning pages, enter the individual spending amount for each person and run the scenario. 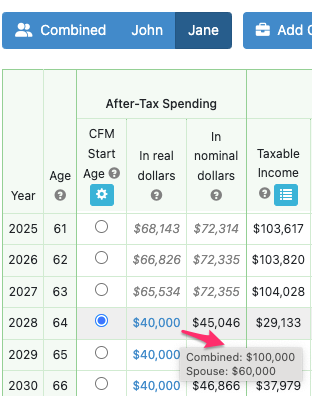 By hovering your mouse pointer over the value under the After-Tax Spending column, you can see the individual client and spouse spending amounts for each year. 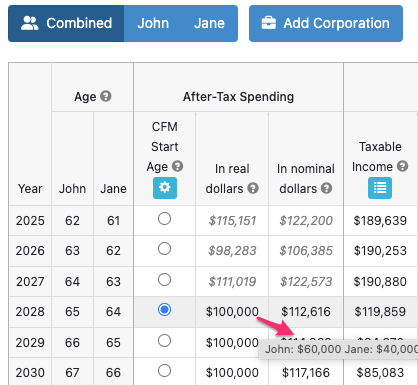