You can plan for cash, assets, and insurance donations and apply the associated tax credit to your projections.

The following steps detail how to set up the charitable donations and go into more detail on how the donations affect your projections.

Check the box to Enable Charitable Donations and save your settings. 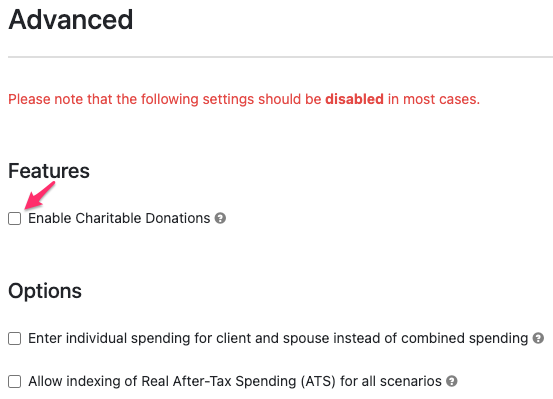 Select Scenario Setup -> Settings --> Charitable Donations. On this page, you can enter any unclaimed donation amounts from the previous 5 years.   Snap will claim them during the projections where it is appropriate. 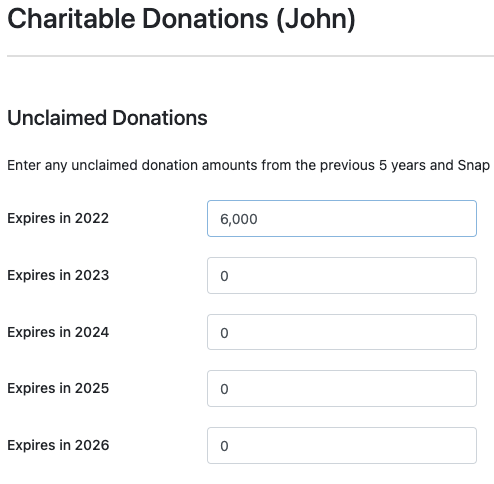 Enter the Charitable Donations on the planning page

The Charitable Donations columns appear next to the Income section on the Planning page. 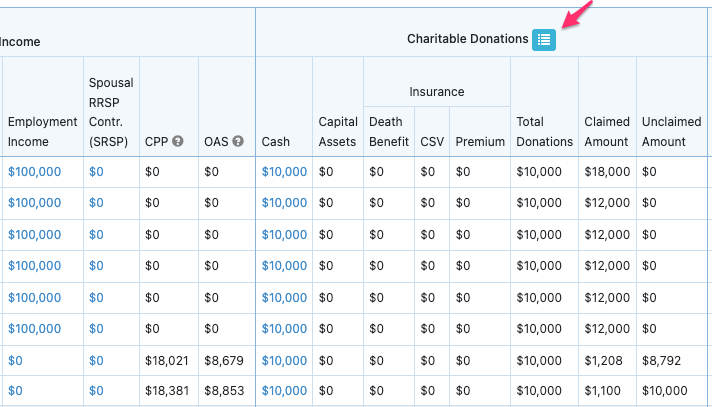 The Total Donations column shows the total amount from all possible sources, cash, assets or insurance.


Please refer to these links for more information on the various types of donations including cash donations, donations from non-registered assets, and insurance policy donations.

The Claimed Amount column shows the amount that is being claimed for tax purposes each year.  Note that this amount will be the minimum of the following:

If you hover your mouse cursor on top of the value in the Unclaimed Amount column you will see detail on when the unclaimed amounts will expire.

Here is the Charitable Donations Details table for John.  To export this table to Excel, you can click the Excel icon pictured below.

This table will look different for each spouse.

Under this section, you can see the federal, provincial and total tax credits generated based on the donation amount being claimed.  Keep in mind that this table is generated per spouse.

This section shows the taxes paid each year for this person and also displays what the taxes would have been if the donation was not made.

John's table (above) provides information about the claimed amounts for his taxes.  He is able to claim donations that he made ( From John) and no donations that Jane made (From Jane).  (You will know which spouse the table has been generated for based on the first name listed under the Claimed Amounts section.  John's table shows From John first under the Claimed Amounts.)

On Jane's Charitable Donations table, you can see the amount of donations that she claims for her taxes.  She is claiming donations that John made since he would have no additional benefit if he made the claim himself (From John) below. 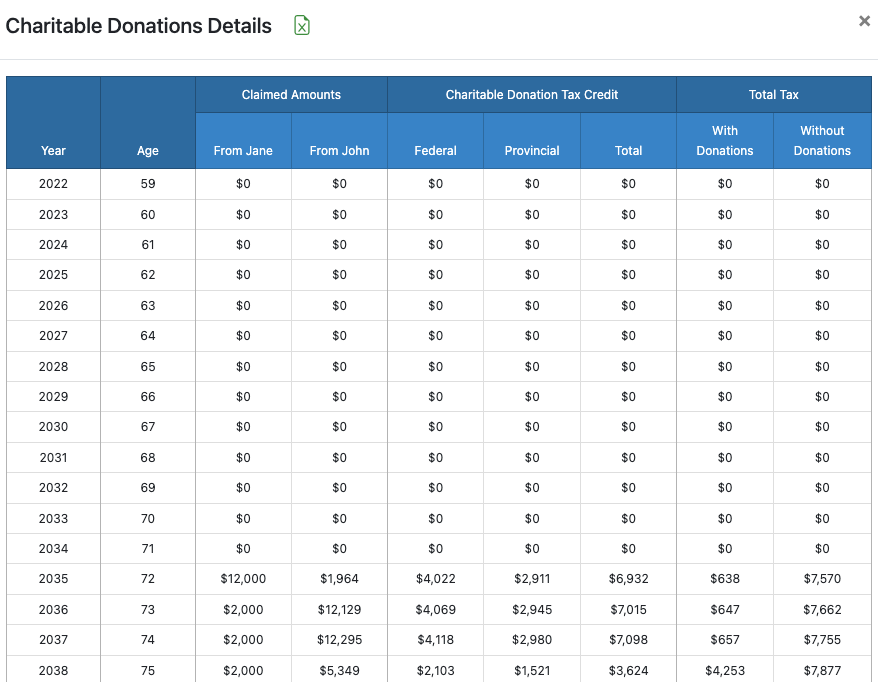 On Jane's Planning page, you can see that she has made Cash donations herself, but she does not have a Claimed Amount until it makes sense to do so. John has claimed her donations in the years where she does not. 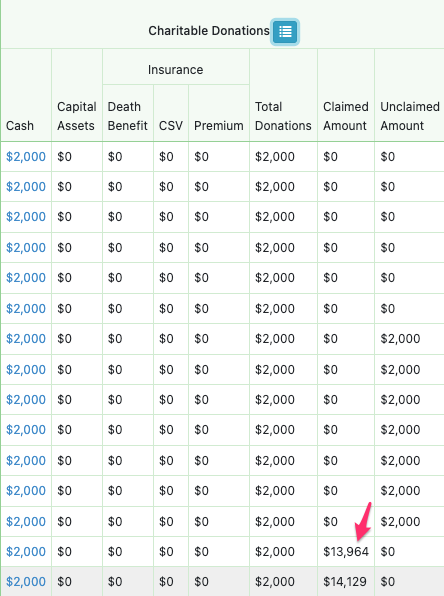 On John's Planning page, he is shown to claim more than he donated in the first year due to the unclaimed amounts of $6,000 and claiming Jane's $2,000 Cash donation. The unclaimed amount is what is left over after both spouses have made their claim.  It is tracked and claimed in a future year if possible. 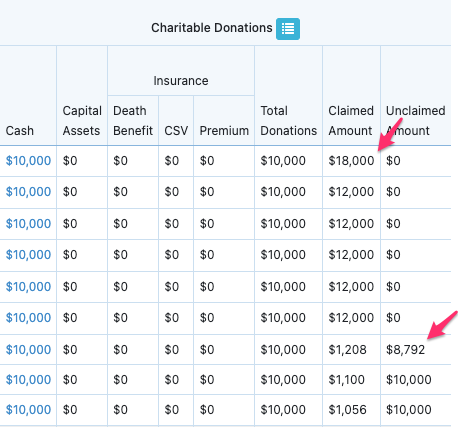 Charitable Donations in the Report

The Final Year of Projections

In the final projection year, the client can claim up to 100% of their taxable income. The software will display a claimed amount that will bring federal and provincial taxes to $0.

In this final year, the total income used for cash donation purposes is the taxable income (i.e. the income being generated via employment and/or other income and/or withdrawals from assets) plus the deemed disposition of the assets. In other words, for the final year of the projections, the total tax credit that is calculated is based on the total tax plus the estate tax.